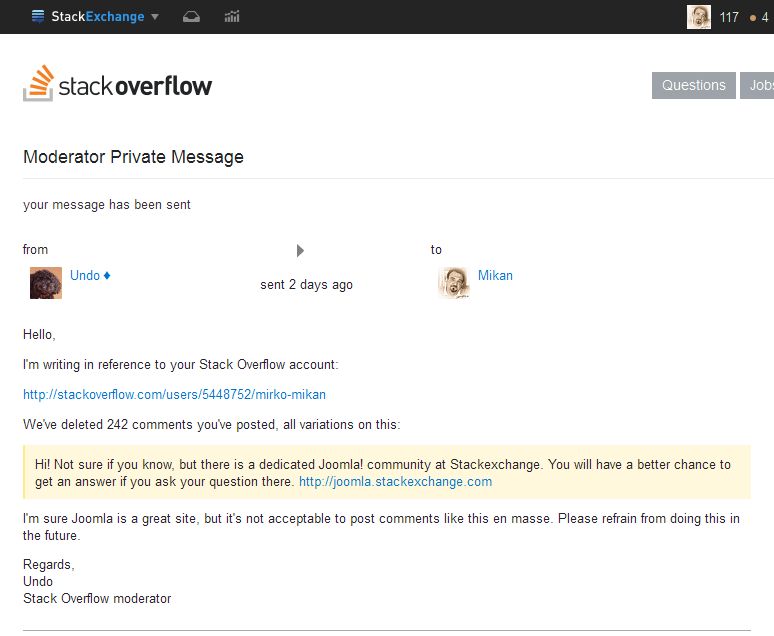 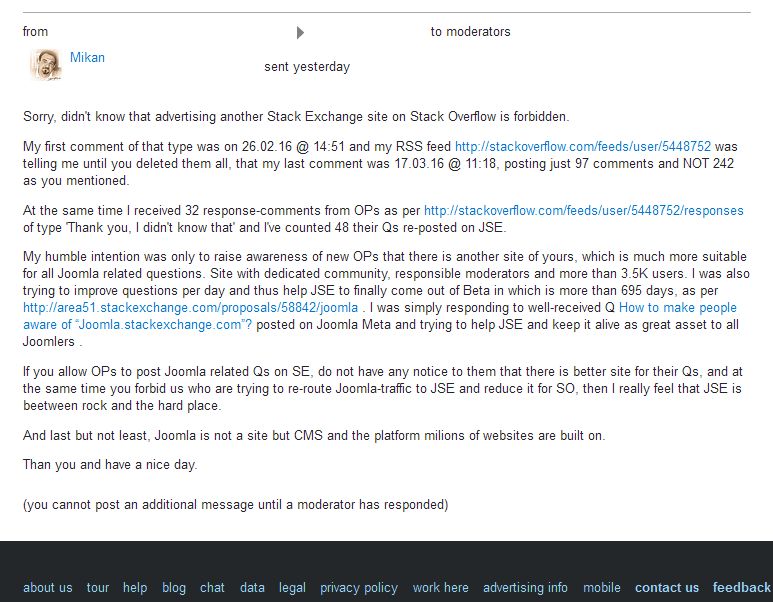 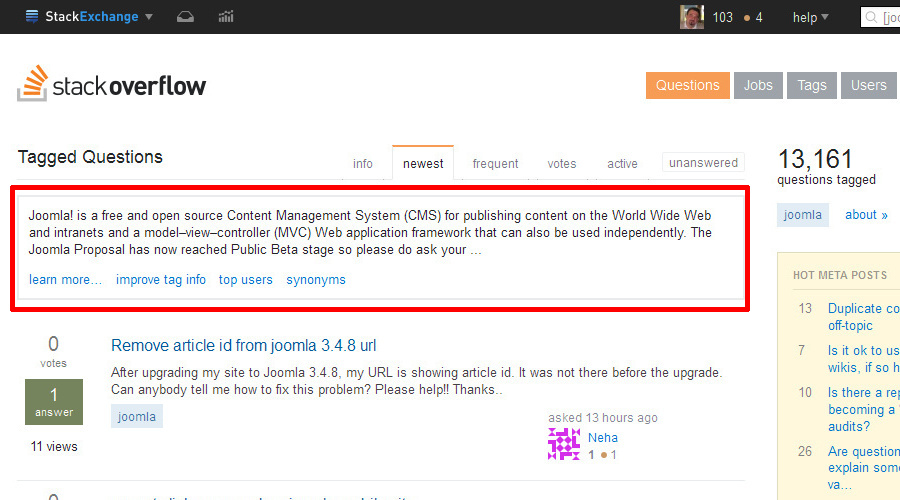 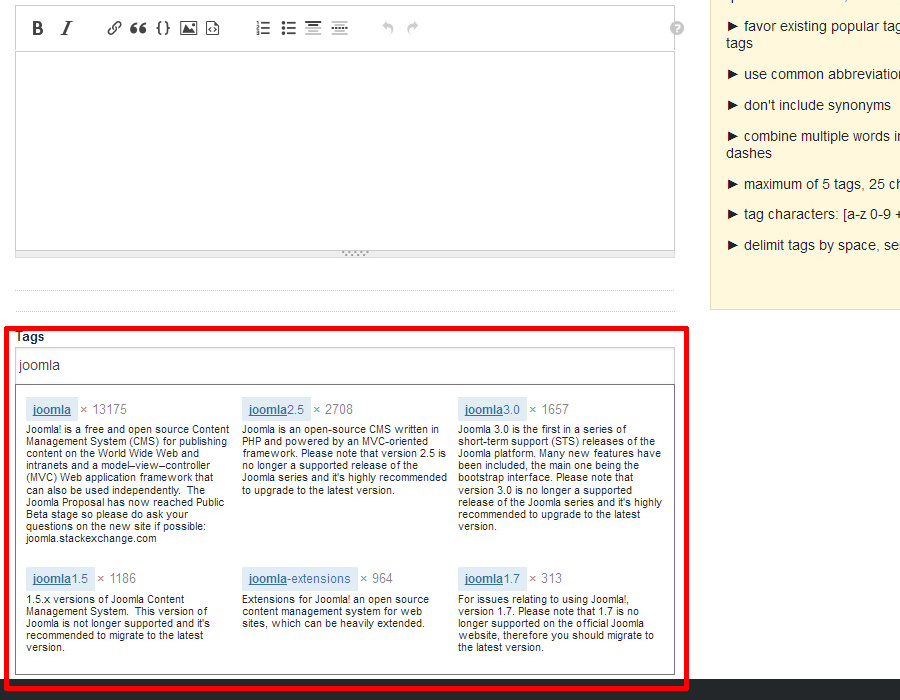 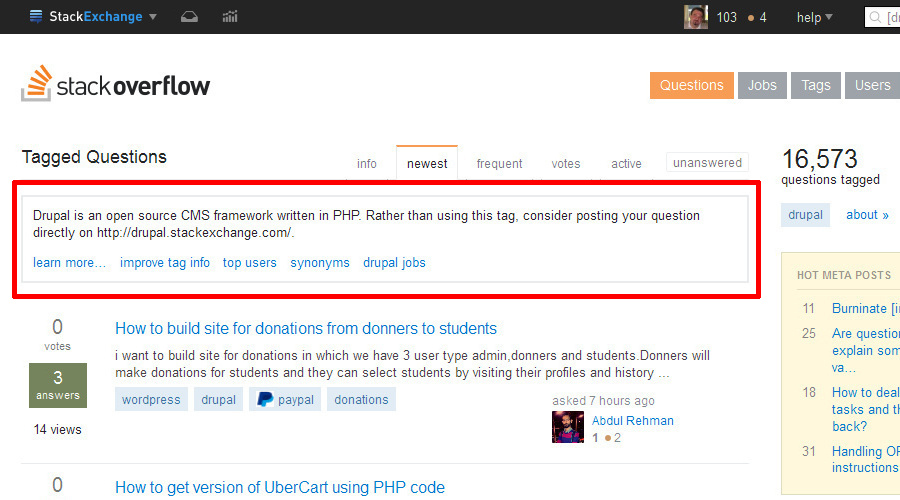 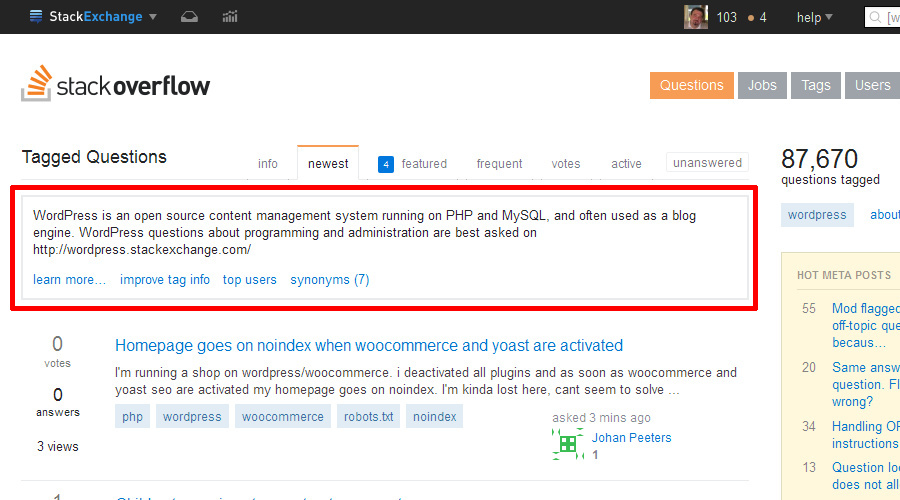 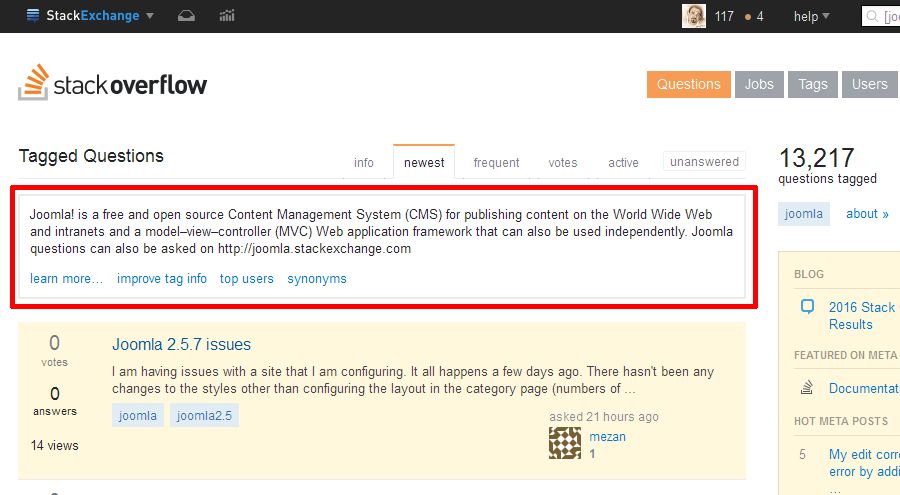 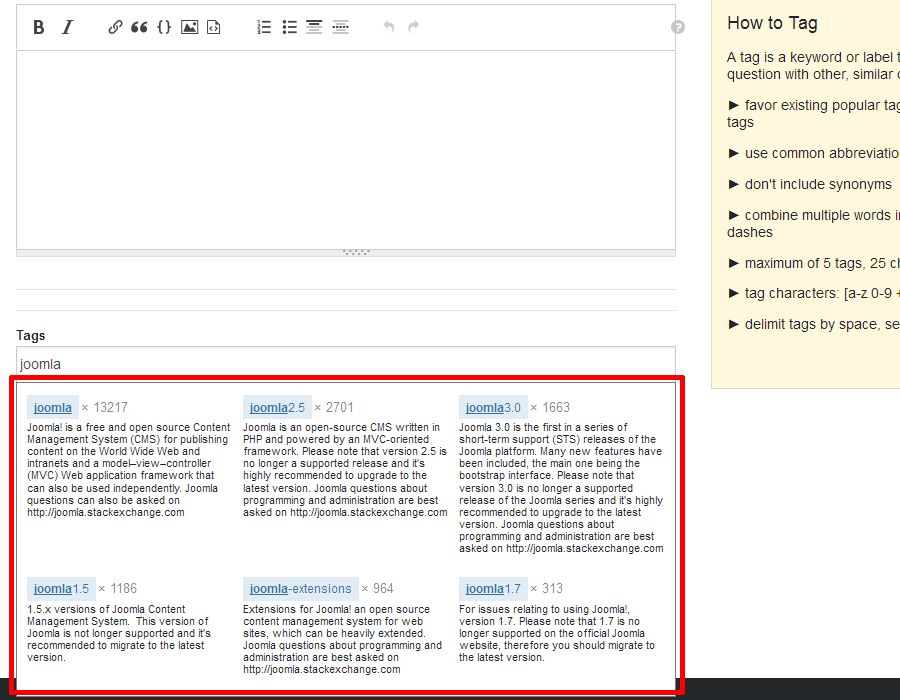 8
How to make people aware of "Joomla.stackexchange.com"?

3
Are we already migrating questions to Joomla Beta?
6
Tags with cms-X should to be renamed
1
Required Tags when asking a question
5
Promote JSE using Community ads
1
Why don't JSE moderators trash unnecessary comments like other SE sites?
0
Clarification of rules on duplicate answers across posts